Recently, I was invited by some of my former Korean students to give several lectures in Seoul. The topic of my lectures was happiness. The audience was made up mainly of educators, students and journalists at the “Ohmynews” global citizen media outlet, ‘Naked Denmark’ business forum and Odysse High School in Seoul. All three institutions have a special interest in the Nordic education system, which according to them holds the secret behind the high level of happiness in the Nordic region. The Koreans seem to be obsessed with and craving for increased happiness. The reason for this is that according to the world happiness surveys, the Koreans are rated right at the bottom of the happiness league of nations compared with the Nordic countries who are at the top of the pack.

Let’s start with: the concept of happiness; the paradox therein; and possible reasons for the Nordic people always winning the happiness contest as opposed to the Koreans having no chance of bringing the award home.

Happiness
From my own perspective happiness is an ideal end station toward which humans strive to reach along their life journey. In other words, happiness is the feeling of mental and emotional wellbeing, experienced differently by different individuals. This feeling is influenced by many factors, including the attitudes of the individuals, the material, psycho-social wellbeing in given cultural settings and in different environments. Thus, for humans to feel happy, they need much more than simply fulfilling their biological needs. The other needs are as vital, because they are what makes humans humane. As happiness is an individual matter, I would like to ask you –the one reading this piece right now-: are you happy? What makes you happy? What are you doing to spread happiness around you? 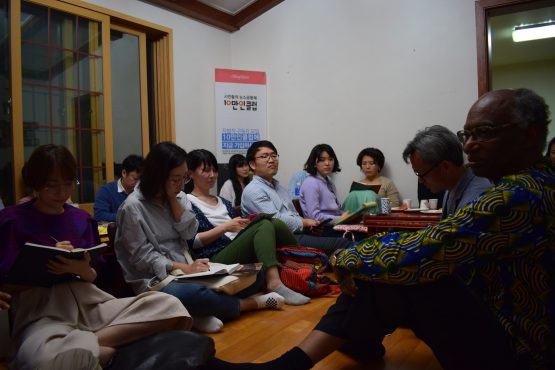 The Korean Paradox
In spite of its amazing nature, temperate weather, friendly people, rich culture, hospitality, delicious and spicy food, high level of development, impressive advances in science, technology and innovation, Koreans are still in search of happiness. During my talks with journalists, teachers and students at Ohmynews, Naked Denmark and Odysse High School in Seoul, I was told that many Koreans suffer from work-related stress, family breakdowns, competition, socio-psychological, emotional violence and so on. These problems manifest themselves in high rates of suicide, loneliness and the constant search for happiness. Some are going to extremes to reduce their stress by checking into a prison called ‘Prison Inside Me’. As BBC reports, after working nearly 100 hours a week every week for six months, lawyer Kwon Yong-suk started wondering if solitary confinement in prison might be a better alternative to his situation. So, he creates the jail where people like him could find peace. You can read more about this special prison here.

However, I do not think the above is enough explanation for the feeling of unhappiness in Korea. Other factors could be at play, like comparing themselves with the Nordic people, whose realities are different from the Korean peoples’. So, let’s look into those possible other factors.

The Nordic self-perception appears to be different and more positive. The folks in the far north, see themselves and are seen by others as extremely homogeneous with a common understanding of and respect for the values of income and gender equality, mutual trust, and straightforwardness. These folks have built the world’s most generous welfare system which provides free education, high-quality universal health care, and unemployment benefits. These people live in a democracy in which the distance between the rulers and citizens is short. The region is far away from the global hotspots, giving the impression that the troubles are far away down south. The Nordic people are said to be the most secular and individually free from God, holy people, places, the family etc. Finally, the region considers itself to be free from colonial legacy and war-mongering. Thus, we see ourselves as innocent and good guys, soft power holders, peace-makers, development aid-givers, human rights promoters. 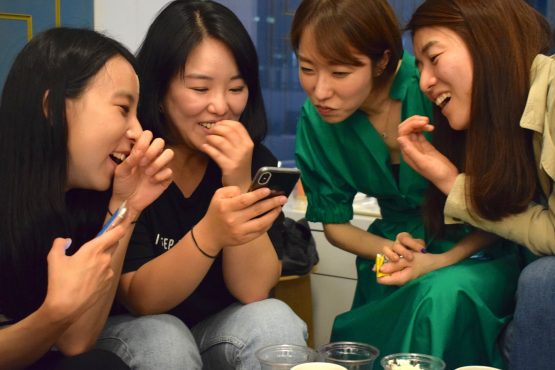 All these traits: white, homogenous, democratic and social equality represent the ideals of the dominant western values of the modern world order. Therefore, we in the far cold north must be the happiest people on earth.

However, an increasing number of people suffer from many existential challenges, including the feeling of being less useful to others, loneliness, depression, mental and emotional confusion, work-related pressures, spiritual emptiness and rising xenophobia. The long, dark and cold winters also could contribute to the increasing cases of depression in the region.

THUS, in the final analysis, we need more than material well-being to be happy. As social animals, we individuals are not enough in ourselves. We need others for our own well-being because lonely people can hardly be happy people. Nor can we buy, legislate or socially engineer happiness. As already mentioned above, happiness is a mental and emotional state of well-being and individual feeling. This makes happiness hard to measure and apply to a whole region or society. We should keep in mind that chasing happiness is like chasing our own shadows, which we can never catch. Instead, we should try to develop a positive outlook towards ourselves and the world around us and be generous towards others. At the societal level, we should strive toward educating ourselves that our well-being is mutually inter-connected with the well-being of our fellow humans. 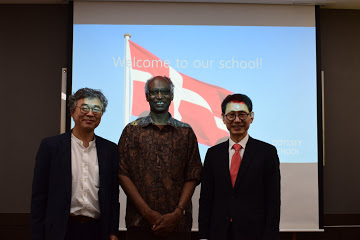 We might not reach the final goal of happiness, but the process toward meeting it could hold the key to happiness. What are you waiting for, to start the long walk toward happiness with and for all?