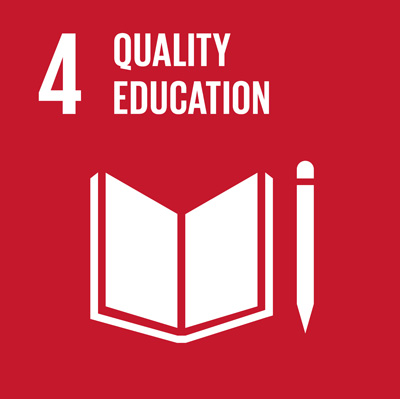 The history of our planet is rife with destruction, most of which is the work of man. From climate change, to wars, abject poverty and hunger: things are quickly spiraling out of control. For this reason, world leaders and the United Nations joined forces to put together first the Millennium Development Goals in 2000, then the 2030 Agenda for Sustainable Development, adopted by all the UN member states in 2015. It seeks to provide a blueprint for a better future, one not plagued with suffering and human rights violations. At the very heart of this Agenda are the 17 Sustainable Development Goals, which constitute an urgent call for action by all countries. Lebanon has been an active participant in the 2030 Agenda and its implementation ever since its conception. Of the 17 goals-all equally vital to creating the 2030 Planet- the 4th Goal, Quality Education, is a focal point to Lebanon.

Despite its internal turmoil and flailing economy, Lebanon has high literacy rates, the highest in the Middle East: a staggering 99% of both male and female youth in 2015, according to the World Bank. Great progress has been made in increasing enrolment in primary education and increasing the already high literacy rate, as was shown in the Voluntary National Review, submitted by Lebanon in July 2018 at the High Level Political Forum, as part of the reporting mechanism of the 2030 Agenda. In the 2015-2016 school year, 249,000 Lebanese children were newly enrolled in public education- an increase of 11,000 from the previous year. In these past few years since the country embarked on its journey towards achieving the Agenda, great feats have been accomplished and more mass-awareness has been gained regarding the key importance of education and life-long learning.

Nevertheless, these feats did not extend to all the facets of education in Lebanon. Many setbacks have cropped up these past years. The public education sector wavers under the strain of all the disorder of the Lebanese government. The Syrian Crisis and the massive refugee influx meant further damage to public education: 155,000 Syrian and Iraqi refugee children were enrolled in Lebanese schools in 2015-2016; schools that were already over-crowded, under-funded and ill-equipped. This has led to a significant increase in both transfer rates to private schools, or in the case of those less fortunate, a significant increase in dropout rates. Moreover, there has been a severe plunge in enrolment rates in higher education (from 49.7% in 2011 to 42.8%) and in transition from elementary to secondary education in recent years.

Yet for a people living in a country with such a bloody and devastating history, the Lebanese are the epitome of the will not only to survive, but also to thrive; they are the definition of intellect and the entrepreneurial spirit. It is almost certain that the goal of quality education in Lebanon can be within arm’s reach, when its people are this determined to build leading and innovative lives through education. Thus, though Lebanon may falter and stumble at times, its future is safe in the hands of its youth, if only they are given the necessary tools to defend it.

About the author: Lara Makhoul is a translator. She graduated with honors with a BA in Translation from the Lebanese University in 2018. She is currently an MA student in Research and Translation Studies. She occupies the position of Local Programs Officer at Crossing Borders Lebanon CBL, where she is charged with scouting potential opportunities that would help youth build a brighter future. She also works at The Language Platform, a Lebanese company that provides translation and language services.