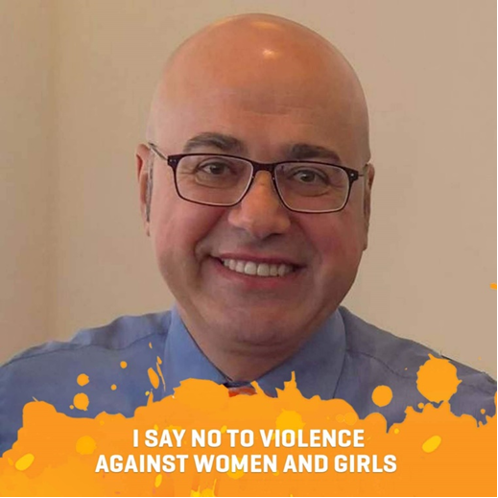 We are meeting Mu’ayyad in the heart of Østerbro, in Copenhagen, where we are having a chat over a cup of tea and an inevitable slice of the delicious Danish carrot cake.

Mu’ayyad Mehyar is the newest member of the Steering Committee of Anna Lindh Foundation – Denmark (ALF-Denmark). We want to know more about his life, his experiences but, most and foremost, we are eager to learn what Dialogue truly means for him. Mu’ayyad’s life seems to be quite exceptional: Born and grown in Jordan, he started off his career as a Mechanical Engineer but after seven years he decided to change his career path. He moved to England where he graduated from the University of Bradford in International Conflict Resolution. Mu’ayyad says that he aimed at studying International Conflict Resolution, because this have helped him to professionalise his active engagement in the Middle Eastern societies to further promote peace and understanding in a region that has lived protracted conflicts.

Why Dialogue and why do you believe in the potential of Dialogue?

“I wholeheartedly believe that dialogue is a fundamental tool as well as a way of communication whose aim is to have a deeper understanding of things as well as to explore and discover global perceptions and ways of thinking about global rights, standards and values. Also, dialogue can serve to finding the root causes of, for instance, a crisis, in order to avoid to simply deal with its symptoms.

Dialogue it’s not just a huge part of my career, but a fundamental side of my personal life: I experienced it first when I was young and sitting with my big family in Jordan (being the youngest of eight brothers and sisters). Then, through my mum’s monthly receptions when, for over 35 years, she used to host more than 60 women of her friends, every 3rdand 4th of each month. I also learned it through my civic engagement activities during the teenage period and later at the university in Jordan, where I was studying Mechanical Engineering. Together with university peers in Jordan, I founded a debate club in 1987 to discuss issues of mutual concerns and controversy amongst the students at the university premises. During that period, I co-founded a Pan-Arab Youth Forum in 1989 and started to dialogue not only about national issues but also regional issues of common concern to Arab Youth.

Needless to say, I am into intercultural marriage, which entails, as an imperative, some sort of dialogue to have deeper understanding of my partner, my Danish lady, with whom I have been married for more than 20 years.”

According to you, what are the fundamental grounds for an effective Dialogue?

“In a dialogue process, we should listen actively to each other, deeply enough, to be changed by what we learn from those we are dialoguing with. In a dialogue process the intention should not be to advocate for certain things but to inquire about these things. Further, it should not be about arguing with the participants, but exploring and discovering things together with them, without trying to convince them of certain thoughts and ideas. In a dialogue process we should ensure that there is a safe and open, trustful, and enabling space. Moreover, there should be some sort of commitment and absence of a desire to win the dialogue to your own direction. In addition, we should ensure inclusive, equal, respectful and transparent values.

I believe that reflecting upon dialogue is fundamental, both through self and collective reflections. Moreover, we should aim at going through a collective inquiry not only to take into consideration the words spoken by the participants, but also the context that brought them to such conclusions, including their underlying motivations, assumptions and beliefs. Most importantly, in a dialogue process there has to be a joint sense of ownership and enthusiasm for the dialogue process and in turn outcomes that would lead to positive change. Dialogue should lead to a set of recommendations, which afterwards form a common framework and guidelines for the standards and procedures.” 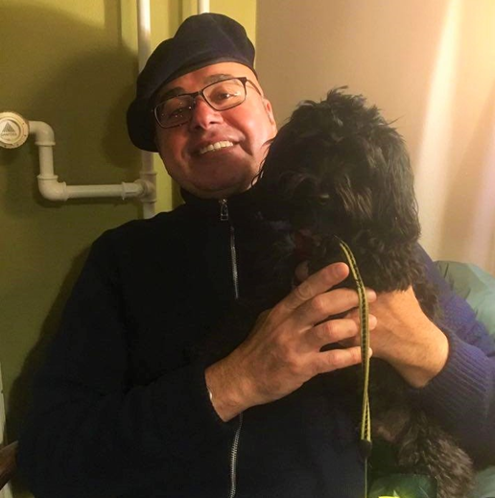 During our meeting, Mu’ayyad happens to be with his dog Charlie. Since he has just moved back after staying in Jordan for three years, he did not want to leave Charlie alone.

For the last three years, you have been living and working in Jordan. What, do you think, characterizes Jordanian culture?

“Jordanian culture is considered to be a ‘high-contextual’ culture, which communicates indirectly rather than directly, through implicit ways. We should understand that as important as the explicit content of a message, is the context in which it occurs. Arab people in general, and Jordanians in specific, put the group before the individual, they are keen and concerned about how they will appear in the eyes of the others. It is a so-called ‘collectivist’ culture that values interpersonal relationships, whose members form stable and close relationships. Speech is therefore more about upholding and promoting social interests than transmitting information. And that is why Jordanians weigh their words carefully, for whatever they say will be scrutinised and taken to heart. Face-to-face conversations contain many emollient expressions and comprise words that have socially lubricating function of respect and courtesy, in fact Jordanians feel acutely uncomfortable about delivering a blunt ‘no’ since they want to please others and prefer inaccuracy or avoidance of painful accuracy”.

Can you tell us about your recent experience in Jordan working at the UNFPA (United Nation Population Fund) for the department of “Sexual and Reproductive Rights”?

“Jordan is, in its vast-majority a Muslim country. The 95% of its population are Muslims, who follow Sharia for all marriage-related issues. So, in my last job as an International Consultant to UNFPA Jordan it was challenging to work with sexual and reproductive rights, in a conservative society that taboos talking about sexuality. This could possibly be because of the deeply rooted patriarchal culture in people’s mentality as well as in some institutional laws.

Yet, I do not want people in Jordan to live against or outside their social norms. I would rather want to work inclusively with them to make sure that they live in a resilient and sustainable society where all groups and individuals’ rights are promoted, protected and fulfilled. For example, and according to the law, women and men undergo a very different treatment. Jordanian women married to foreign men cannot pass on their nationality to the children; on the contrary Jordanian men married to foreign women are not subjected to this prohibition. I suspect that the motive behind this law is strictly political. Nevertheless, I would like to specify that women’s participation in the workforce is extremely low: in 2017, only 17 % of Jordanian women were economically active[1], while the world’s average is 51 %. There is a clear gap of inequality when it comes to women and girls’ rights which influences the dialogue surrounding sexual and reproductive rights”.

[1] According to Mu’ayyad Mehyar and in times of Coronavirus pandemic, the number of women who are economically active must have decreased.

So why do you think there is a weak human rights culture both in Jordan and across the whole Arab World?

“I contend that the root cause for it is the fundamental issue that has been at stake over the last six decades, which is the failure of our states and societies in founding a common development in the perception of citizenship, both among the citizens and the public servants.

On one hand, the relation between citizens and state has been worsen by their own perception and practice of how to relate with each other. On the other hand, the deteriorating of such relation has resulted in classifying citizen layers according to origin, economic, social and political status. This negative transformation strengthened bonds of ‘clientelism’/custodianship across boundaries of tribalism, localism, political affiliation, inequality, exclusion, ideologies, religion, power, nation and geography. It even led to destructive individualism and to the formation of a generation with a built-in skeptic concept of who is a citizen. It has also been extended to a sense of entitlement, meaning that people perceived themselves as entitled to services and privileges in exchange of sustaining power to the regime, similarly to a client/servant relationship”.

How do you see the contemporary political reform process in Jordan?

“I believe that Jordan still needs to progress more and adopt a long-term systematic process to encourage the necessary infrastructure for a democratic society; complete with an evolved system of checks and balances and allow for true accountability and transparency of the political process. The King of Jordan, who enjoys vast powers and authority, has established a clear vision for comprehensive reform and the future of democracy in Jordan, through a series of seven discussion papers. These papers have sought to inspire a national dialogue to build a consensus on the reform endeavour and democratic transformation process. I believe that these papers are greatly appreciated by the whole population of Jordan. A dialogue process has started at the national level to discuss these papers and see how to streamline their standards into policies and actions. However, implementation by the consecutive governments is not very effective and I would suggest to the Jordanian government to envision a rights-based approach when translating the vision of the King into reform priorities, reform policies, national plans and actions”.

[1] According to Mu’ayyad Mehyar and in times of Coronavirus pandemic, the number of women who are economically active must have decreased. 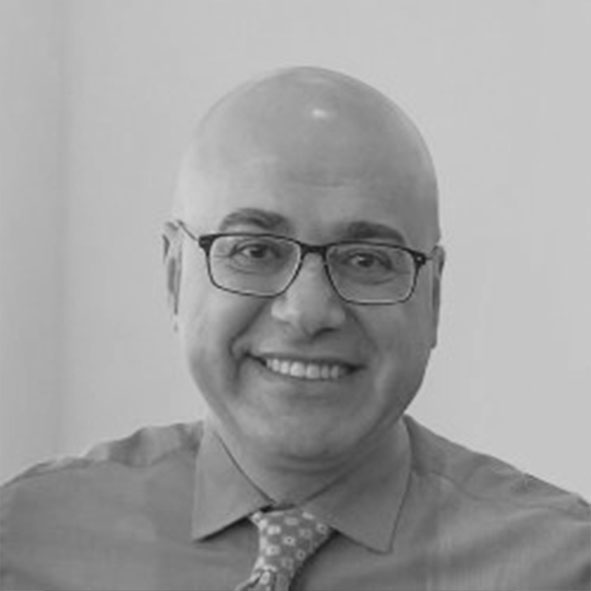