Have we become too mean? What is the point of all this hate, intolerance, and distress? What does it really say about us? Where is our good faith, our desire to meet new people, persons of different backgrounds, colors, smells, and looks? That instead of misjudging or not allowing ourselves to appreciate a person different from who we are, we end up making a habit of breaking that human bond in the worst way; by hurting with words, gestures, and toxic reactions the soul, mind, and heart of the person that we do not even allow ourselves to respect.
Maybe it comes from our education when our surroundings told us to be wary of those who look different; not to approach them, not to look at them, and especially not to talk to them. But is it a reason? That with all your mind, your humanity, your knowledge, and your own vision of things, without the influence of anyone, you choose hatred rather than friendship, politeness, respect, or conviviality? And that as a first reaction some become tormentors instead of honoring the human bond we all share? Why is it easier to hurt than to appreciate? 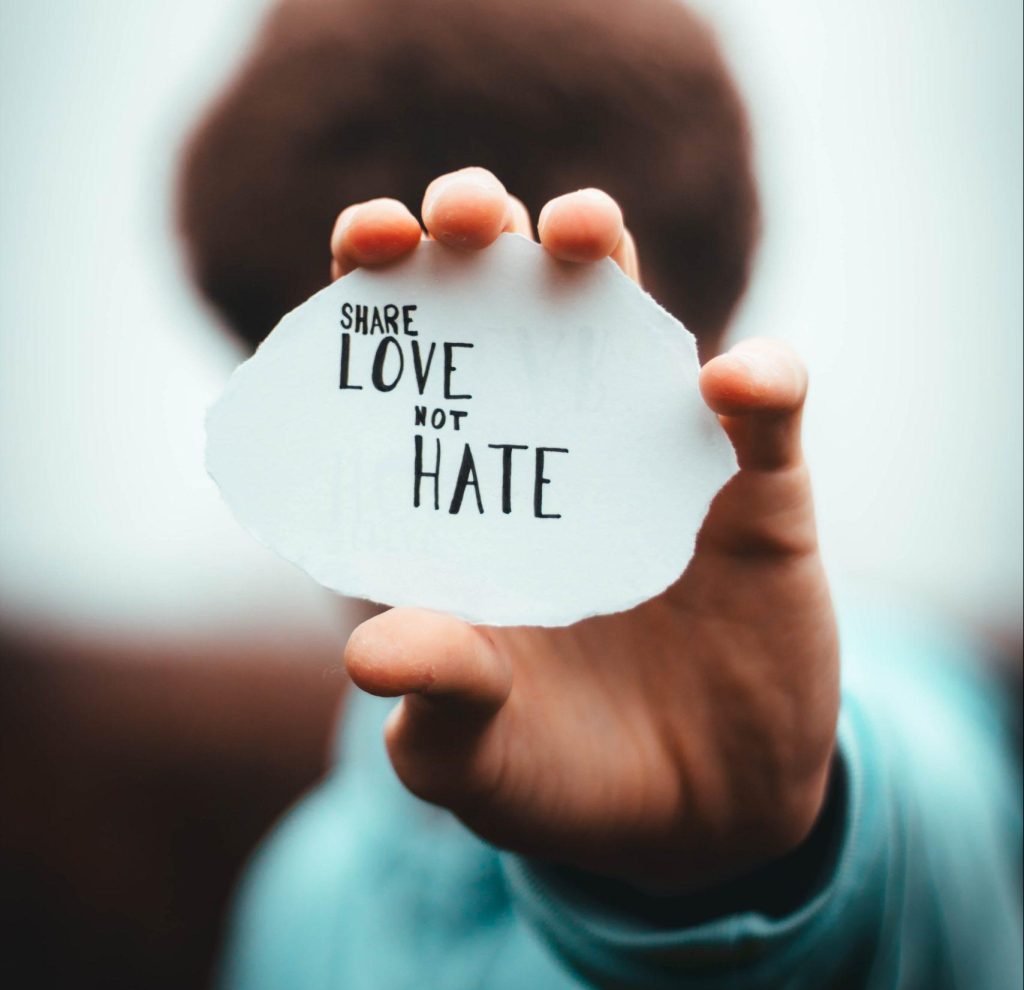 Hate speech is used to intimidate and harm, employing stigmatic, offensive, bullying, and threatening language, expressed both privately and publicly, against an individual or group on the basis of gender, ethnicity, religion, social status, sexual preference, age, or political views (among others). It is often defined in terms of the harm it will cause and its connection to the principles of dignity, and the ideas it conveys.

With the spread of different media, and above all, social media such as Facebook and Instagram, the brutality of certain exchanges and the violence that emerges from them generates not only an audience but also a most disturbing behavior, which as a side effect has to disrupt the sanctity of our mental health and plays with and thwarts our sensibility and our reactions. Moreover, the online experiences of users are managed by algorithms designed to keep them engaged, which contributes to wading into the same ideologies over and over again. 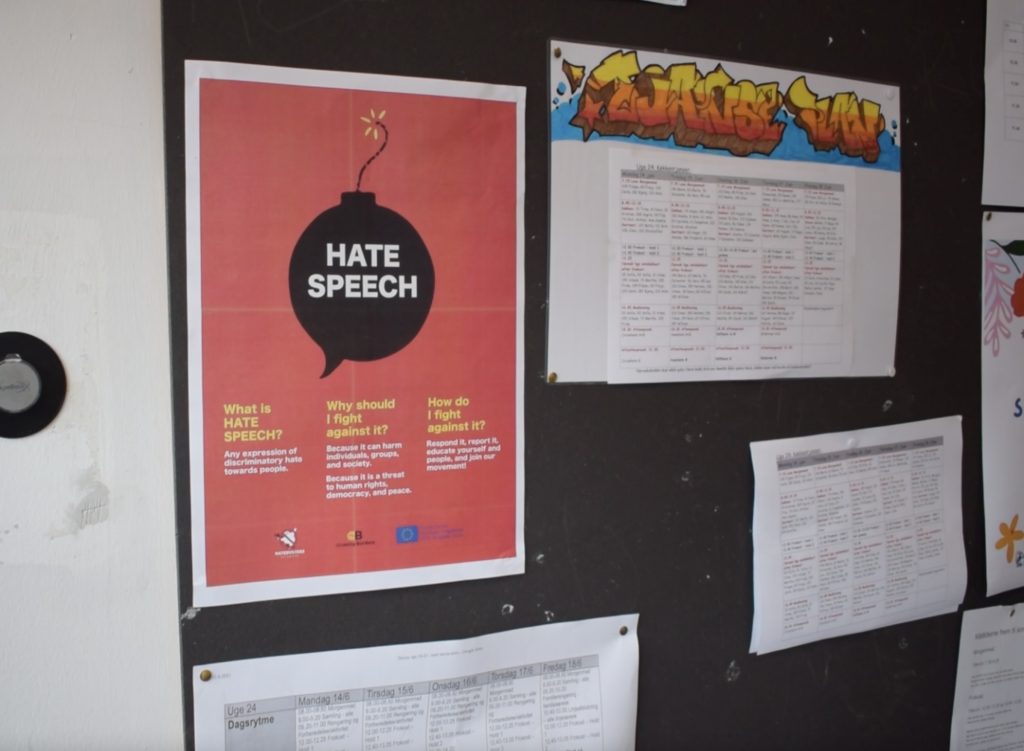 And nowadays, trolling is a phenomenon that is all too common on the Internet. Those trolls/people who deliberately hurt and provoke others in interactions that arouse and/or fuel bad feelings and reactions such as hatred, aggression, denigration, and harassment, hijack the conversation in a way that makes it impossible to have a constructive, respectable, and/or benevolent discussion. Studies suggest that the main factor in this behavior is the feeling of not being able to really express oneself, adding to this is the feeling of humiliation, and the feeling of being misunderstood and ridiculed is projected onto others, and so on.

Therefore, discussing and questioning the content of the different interactions on social media is an essential action and request for the well-being of society. And especially that young people, while they are the future and are building tomorrow, spend most of their time on it and with content that is most often questionable, or even prejudicial, unknown to their parents or even the authorities. And this hate speech may lead to large-scale violence and conflicts.

Although we do have laws against hate speech, they are often difficult to enforce and rely on the victims themselves to initiate their own lawsuits, which can come at a huge personal, emotional, psychological, and financial cost. 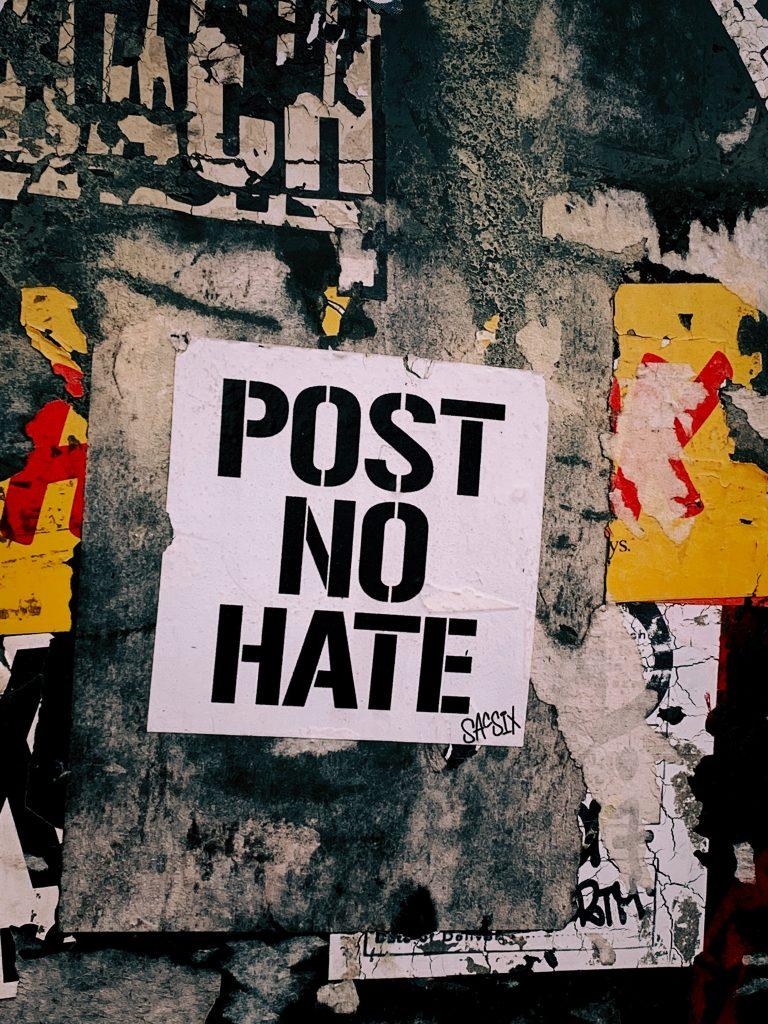 All governments and countries around the world are facing this problem, just to give you an idea here are some indications about the current laws in different countries:

Paragraph 266(b) in Chapter 27 states (violations of peace and honor) of the penal code:

Whoever publicly, or with intent to distribute in a wider circle, presents a proclamation or some other message by which a group of persons is threatened, mocked, or degraded because of its race, skin color, national or ethnic origin, faith or sexual orientation, is to be punished with fine or prison up to 2 years.

In determining the punishment, it shall be considered an aggravating factor if the act had characteristics of propaganda”.

Even though everyone has the right to publish their thoughts in both oral and written form, it will be up to the courts to judge whether or not there is hate speech.

However, jurisprudence still punishes hate speech via Article 32 of the July 29, 1881 law on freedom of the press. And the Pleven law of 1972 punishes incitement to racial hatred through this paragraph: “defamation or insult, committed against a group of people belonging, by their origin, to a race or a specific religion, [when it] will have had the aim of inciting hatred between citizens or inhabitants”. it remains a very controversial subject in France. 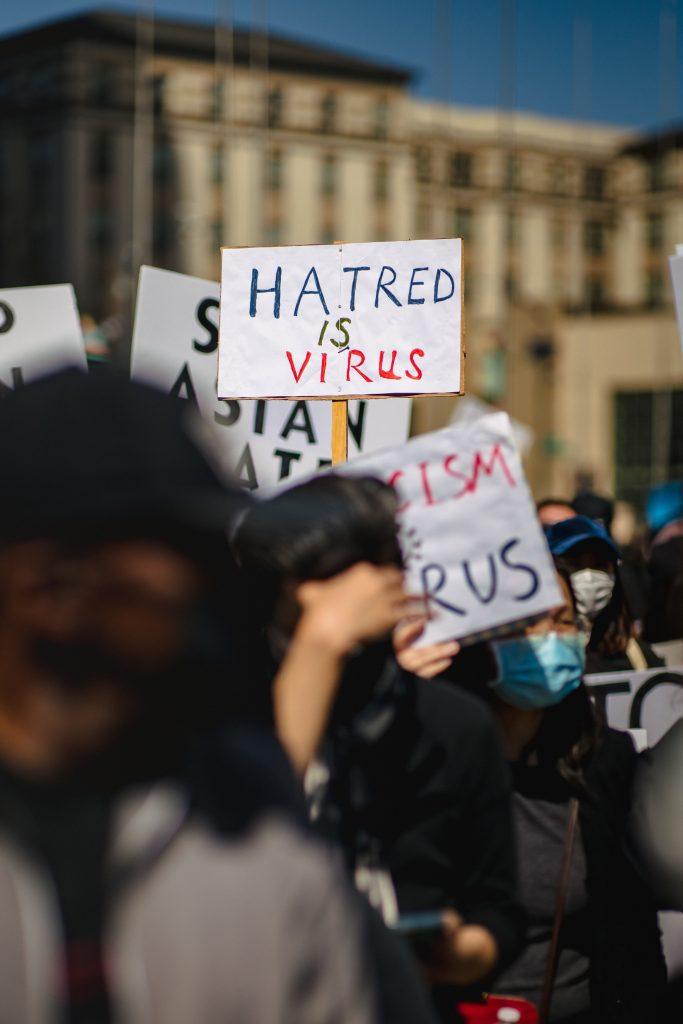 UN Secretary-General Antonio Guterres himself has recognized that “hate is becoming a common phenomenon”. The UN’s strategy and action plan against hate speech includes 12 commitments in response to the growing levels of hate around the world, including education to prevent hate speech, support for victims, and the use of new media. And the European Commission against Racism and Intolerance (ECRI) believes that effective action requires raising public awareness of the importance of respecting pluralism and the dangers of hate speech. A much-needed program.
In many ways, the debates that governments, courts, and the public face about how to reconcile the conflicting values of freedom of expression and non-discrimination have been going on since the dawn of time; but looking at all of these laws, their contradictions, excesses, and weaknesses, one realizes that the danger is far greater than the laws of today.
Why would it be more beneficial to value freedom of expression -a most toxic freedom of expression- than personal feelings, respect or honor, and dignity. And why should it be up to governments and companies to determine what is valid, respectable, permissible, objectionable, or not?

In some cases, it can be difficult to interpret the meaning and potential impact of content on its audience. So, in order to serve their best interests, social media companies impose their own rules and standards to supposedly be in compliance with the law. And censorship is not really effective. Because what we really need is education, respect, and kindness. That’s the least we can do, respect ourselves and respect others. It is certainly the only effective way to get out of a vicious circle.
Some claim that the government is creating a threat to the freedom of expression in this process. But at the same time, I would say that we just have to be aware that we don’t want to give the government the ability to choose what is good to hear, say or see. We are also not in George Orwell’s dystopian novel 1984, in which the “Big Brother” government controls all aspects of people’s lives. After all, if we prefer to act in such a way that we end up being treated in this way, it would be better to stop all contact. But we are meant to live together, in community, among family, friends, colleagues, and neighbors; in a society that would be more like a sublime mosaic full of different colors united in its originality than a coin that has only two sides.

This inability to embrace diversity and the values of democratic societies such as inclusion, multiculturalism, and multi-ethnicity, is unworthy of us and all the efforts we put into building a better world for future generations. These values are not an option but a positive reality. This is why good communication will lead to a constructive dialogue, no matter which side you are on, victim or victimizer, it is up to you to come out of this symptomatic altercation as a better person.

Don’t give anyone the power to change your good mood, your self-confidence or to disturb your altruism. And solve the problem with intelligence and dignity.
Even though we are aware that the internet is a place where problems can arise at any time and for anyone; we do not take seriously enough the dangers and discomforts it brings to people’s lives. We realize this danger once we or someone close to us has tasted this bitter violence. This individualism in which we immersed ourselves when the danger did not affect us personally turns into great loneliness and distress when we are confronted with it.

This is where education comes into play, such as the Hatebusters project, in which we fight against cyberbullying and hate speech, both online and offline, by promoting democracy and the shared values of freedom, tolerance, and respect for Human Rights.

The whole project aims to educate youth and youth workers about hate speech, through information on how to recognize it, its different levels, and how to respond to and protect oneself from it. Teaching critical thinking skills and training young people to interpret the content they encounter or share remains one of the primary actions of this project.
So, while states are working to create an environment conducive to equality and non-discrimination, using a range of policy measures to combat prejudice and the root causes of hate while addressing the needs of victims, we, as citizens of the world coexisting together, make sure to live our lives in respect and good humor.

When laws fail to stop hate speech – What can we do? well here is the answer!

Where to start? Inspirational Talk about Entrepreneurship and results from our project FAMET

This is how we celebrated the International Women’s Day 2022

The story of Natasha Al-Hariri – How did she end up doing what she is doing!

Know more about the Hatebusters project and check out the results 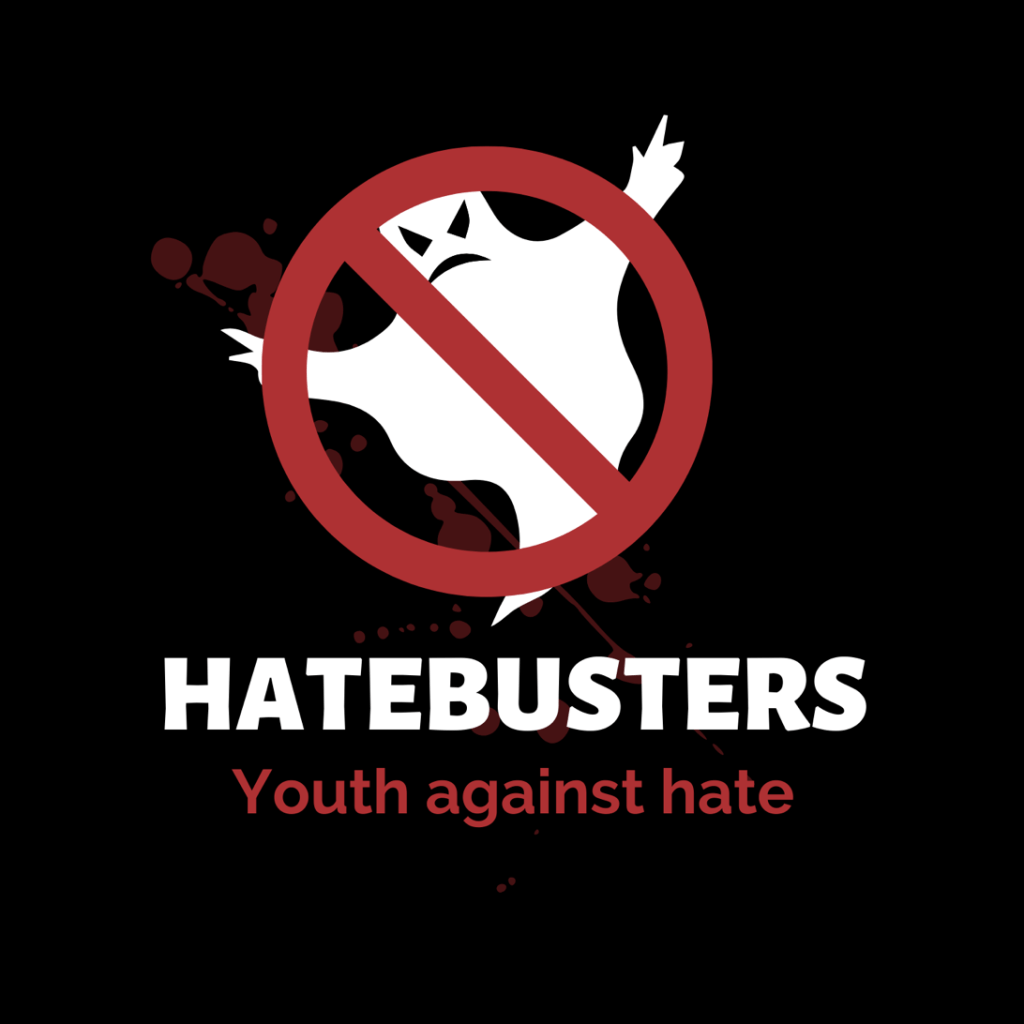