I spoke to Garba Diallo – the managing director of Copenhagen-based NGO Crossing Borders and self-proclaimed citizen of Globalistan – about how the organisation was created, the value of education and dialogue and his nomadic origins in West Africa. Garba explained the normality of human movement, the dangers of “Hygge Democracy” and, most importantly, why Jeff Bezos doesn’t own any cows…

“I come from a nomad culture in West Africa. We don’t really see borders. I am a part of an ethnic group spread over 25 countries. We are not settled people. You know, we are always crossing borders, we don’t really give a damn up to today about them – if it’s green on the other side, then…!”

Garba Diallo is from a community named the Fulanis who constitute one of the largest ethnic groups in West Africa, despite being spread across 25 different countries. They usually find themselves marginalised due to the fact that they are, by nature, unsettled minorities.

Before setting off on a journey that would eventually see him settle in Denmark, Garba grew up as a cowboy in Mauritania. As a teenager, he went to a local school he said he felt was a prison:

“I ran away after a few months because it was not a school but a torture camp. Our languages were banned and our culture was not respected. We only learnt about French history. Vive la France! What you gained at that school did not make up for what you lost!” He escaped this place and returned to his village, where at the age of 19 he decided to pursue his own education and begin his journey across the world. 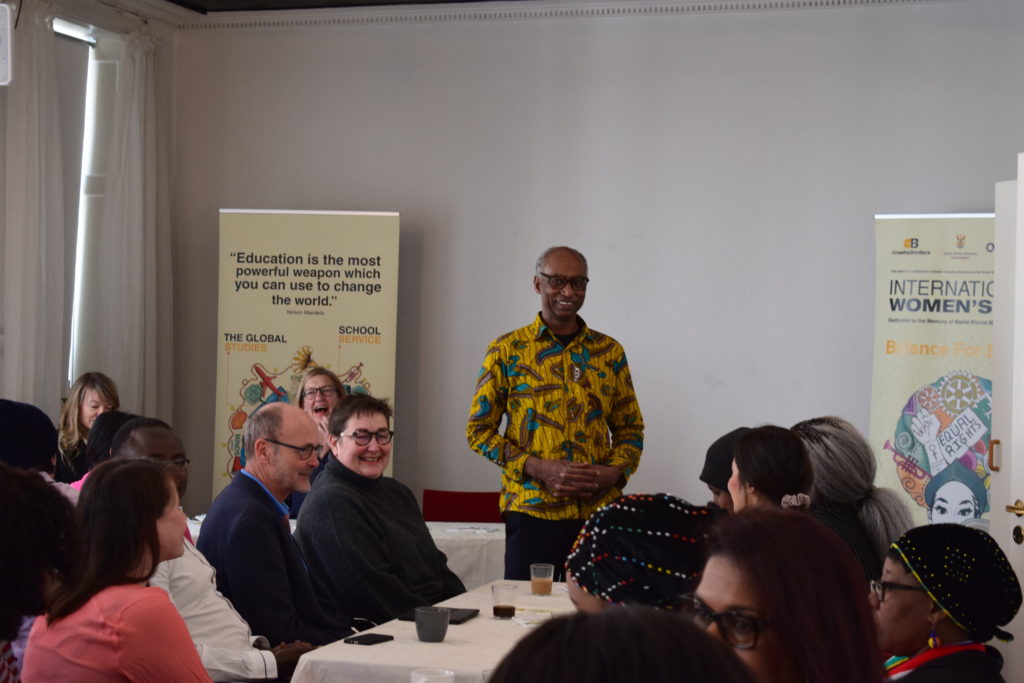 In doing so, he achieved fluency in French, Danish, Arabic, Norwegian, Swedish and English as well as his native tongue of Fulani. Using any transport he could, he made his way to Libya and later received a scholarship to study and work for two years in Qatar. It was from here that Garba swapped the barren heat of Asia for the bleak cold of Norway to study his dream subject of International Relations and Development Studies.

After I asked him about his experiences as a migrant here in Denmark, Garba was quick to correct me: “First of all, I am not a ‘migrant’, I am an expat! I was invited as an expert from the North (from Norway) and landed here in little Denmark. The expat should be white! Normally it’s a contradiction to be black and to be an expat!”.

Crossing Borders’ activities began in 1999 with a project that brought 60 people from Israel and Palestine together to debate and produce articles. According to Garba, changing formal education and the curriculum isn’t easy.

It is instead through informal education and the media that change can be achieved. The Israelis and Palestinians produced articles together and exchanged roles during debates: the Palestinians became part of the mainstream zionist movement, the Israelis the Palestinian Liberation Organization.

“No one is born Jewish or Muslim or communist or capitalist. It is society that makes you into that. And education. From the school, the home, the media. We felt the key was education, but informal education. The formal one is a no go. You go from A to Z, studying what is decided by the authorities. There is space, with extra-curricular and informal education, where you can influence.” 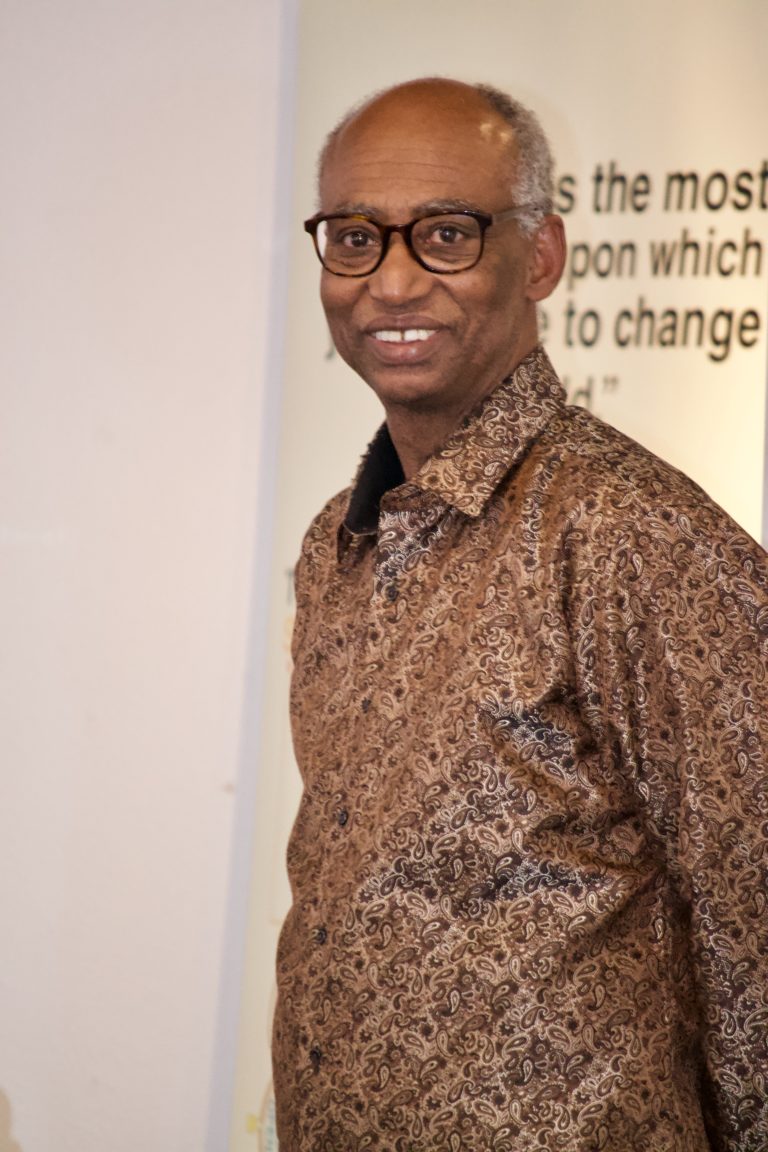 Crossing Borders is clear about its motivations – to produce dialogue in society and in the process create active global citizens. Garba says that this now occurs in the context of a battle over information in modern society, where data is fast becoming our most precious resource.

“Information is not only power but money. Powerful people in the world are producing information, there are no cows running around belonging to Jeff Basos”.

Now based in Ubuntu House right in the centre of Copenhagen, CB coordinates over ten international projects in a variety of locations from Uganda to the Caucasus; they all aim to promote dialogue in society. Here in DK, Crossing Borders has a school workshops program, aiming to bring the world into Danish classrooms and bring Danish classrooms into the world. Crossing Borders views maintaining authenticity as extremely important and when it goes into schools and creates dialogue among young Danes, it isn’t Danes who convey the message.

In Garba’s view, Denmark offers great opportunities if you have the vision and knowhow to carry out your ideas and funding is plentiful. However, he also discussed how hard it is to be an expat in a country with such a tight knit population. He railed against a phenomenon he cheekily brands ‘Hygge Democracy’ – what he sees in Denmark as a kind society ready to take care of each other, but simultaneously excluding those who are different. In a challenge to such thinking, Garba takes pride in the sheer diversity of his organisation. Crossing Borders has volunteers and employees from 20 different countries in the central office in Copenhagen alone, and many more among its representatives across the world.

Time has run out, but Garba feels he needs to sum things up:

“We are united as human beings, as people who have the energy, will and vision to create a world that they want and deserve to live in. Crossing Borders is there for you and you are welcome to join. All ideas are welcome, nobody is dismissed and we are ready to go out learning and share this common space for a meeting of the world”.

3 thoughts on “Chatting with Garba – By Owen Savage”