On February 6th we held one of our Food for Thought Events and we were excited to hear an inspiring story about the motivation behind Gorilla Media Denmark. We had the honor to have all the “gorillas” present, along with its Creative Director and founder Alex Sabour. Alex shared with us the journey of Gorilla Media from the very initial idea and desire to do projects that he truly “burns for” to the publication of its first successful projects and all the challenges and struggles along the way.

78 Awards and over 500 million people reached are just some of the stunning numbers achieved by this creative advertising agency and production house which started in December 2016. It first began as Alex´s dream of doing projects on important topics and at the time, it seemed an impossible dream. He started with a simple Facebook page, logo and website, but when the opportunity came, Alex took his chance. 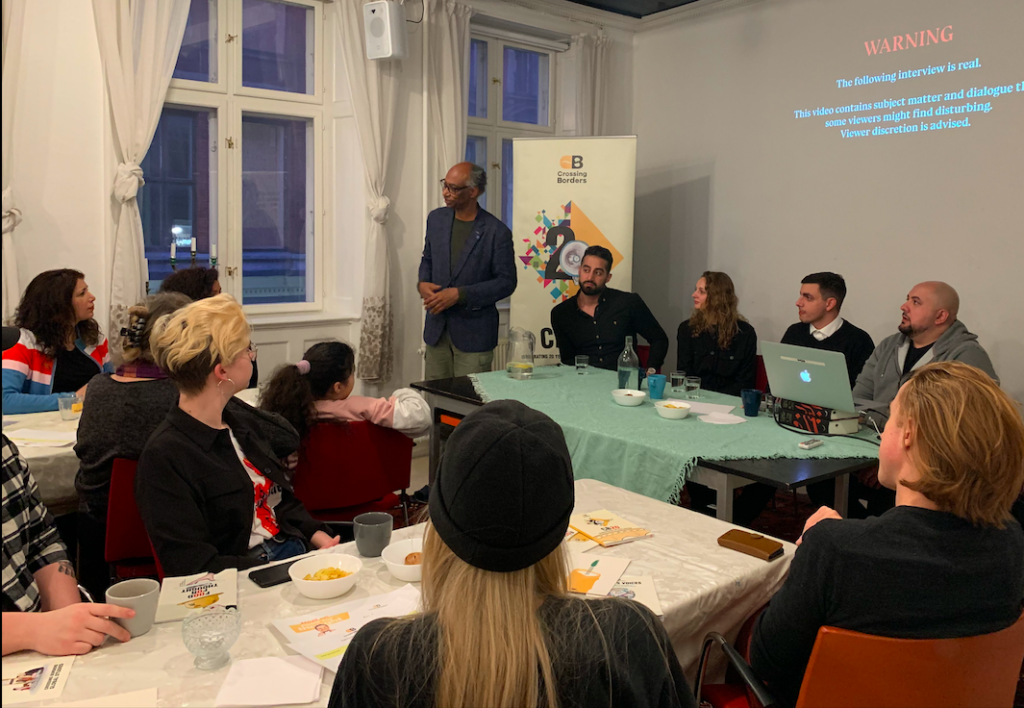 As a reaction to this statement, Alex wanted to do something about it, so together with Lelo Shalby and Sasan Askari made a video named “Jeg er Dansk” (I am Danish).  The video received mixed reactions from ecstatic to enraged, with some groups severely disagreeing with Gorilla. Alex´s expectations were exceeded when the video went viral in such a short amount of time. In just under 24 hours, the video had 1.5 million views and received a huge reaction not only from the Danish market but also internationally; it went viral in Sweden and Norway and shortly after started spreading throughout Europe and South America.

The main motivation behind the video was to change the perspective on minority groups, not only in Denmark. The message they sent out started a domino effect and Alex realized that when he pushed, he could get a reaction. The campaign was therefore successful because they brought a different perspective to the entire debate on who is actually Danish; Danish parliament subsequently re-wrote the statement and made it more inclusive for minority groups. It had a direct effect.

Alex and his team won a London prize for the “Best Viral Campaign” for reaching over 100 million people worldwide. It was a huge honor and success – they beat big brands in the category like Ikea, Norwegian air and Adidas.The successful campaign #JegErDansk was a milestone marking the official start of Gorilla Media. Knowing that they could do something beneficial, the team started to play with multiple perspectives on the topics that were not discussed or challenged yet.

2019 was a general election year for Denmark and there were more successful projects for Gorilla Media. Danish media was under fire for giving a platform to promote the agenda of Danish lawyer Rasmus Paludan and his far-right party, which had gained traction ahead of the election. His political movement Stram Kurs (Hard Line) called itself the party for “ethnic Danes” and wanted to ban Islam and deport all Muslims from Denmark. The party was forecasted to win 2,3% of the vote, which would be enough to enter parliament. 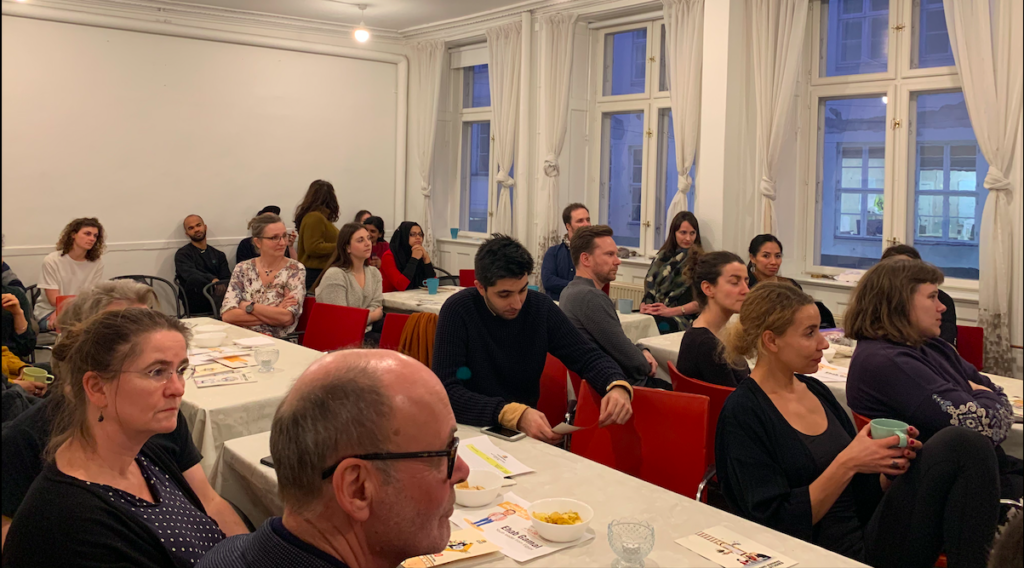 Gorilla media decided they need to get involved and, together with Rasmus Paludan´s brother, Martin Paludan, they launched a video in which Martin urged Danes not to vote for Rasmus Paludan´s party. The video spread rapidly over social media and gained hundreds of thousands of views with both negative and positive reactions. Paludan lost 30% of people who wanted to vote for him, blaming Gorilla Media for his failure to get Stram Kurs into parliament. Whether it was a result of the video or not is unproven, but one can admit that its intention was achieved, and that’s surely what matters.

With successful campaigns on controversial topics, Gorilla Media inevitably face groups of angry people. With it comes hatred and death threats too. Gorilla Media produced a number of videos which were either removed from Facebook or pulled from publishing due to “controversial” content. Alex revealed to us that some of the videos and publications never previously shown to the public. One can wonder, what is it behind the decision of big players to not publish content intended to offer different perspectives on fundamental topics. Is it fear that people’s eyes will be opened, or are their personal values not aligned with Gorilla Media´s content?

Gorilla Media is continuing to do innovative work and such rejection will not stop them.  Successful projects have already proven that through hard work they can inspire, provoke and change people’s perspectives. Alex´s story inspired us to believe in ourselves and that following one’s passion is possible even if the system is against you. Their success is not final and failure is not fatal, it is their courage to continue that truly counts.  Gorilla Media has great courage. As Albert Einstein said: “Never stop questioning”. We are very excited to see what comes next, how Gorilla Media makes us re-think, agree or disagree with them, but most importantly, they make us ask questions and maintain our curiosity.