That leaves us with the question of whether Dr. Samay Hamed left Afghanistan or not. Well, if I say that this article will be about stories from Dr. Samay Hamed live at Crossing Borders’ Food for Thought, would that answer your question?

Before calling himself a doctor, writer, or poet, Abdul Samay Hamed identified himself as one of the afghans who wanted to change Afghanistan. In 1985, he began his first underground newspaper Salam, and in 2003, Hamed had started more than 90% of Afghanistan’s free publications. For that reason, he was a highly targeted figure.

Having received political asylum in Denmark for 20 years, Hamed and his wife decided to return to Afghanistan; after the US invasion drove the Taliban from power. There, he founded new press freedom organizations and worked further for the promotion of freedom of expression. The projects he worked on made him a direct adviser to the president when it came to innovation and modernization.

But we can read about all that on Google… So, you are probably asking yourself why he returned after receiving political asylum in a peaceful country like Denmark. Was it nationalism? Patriotism? Was he insane? 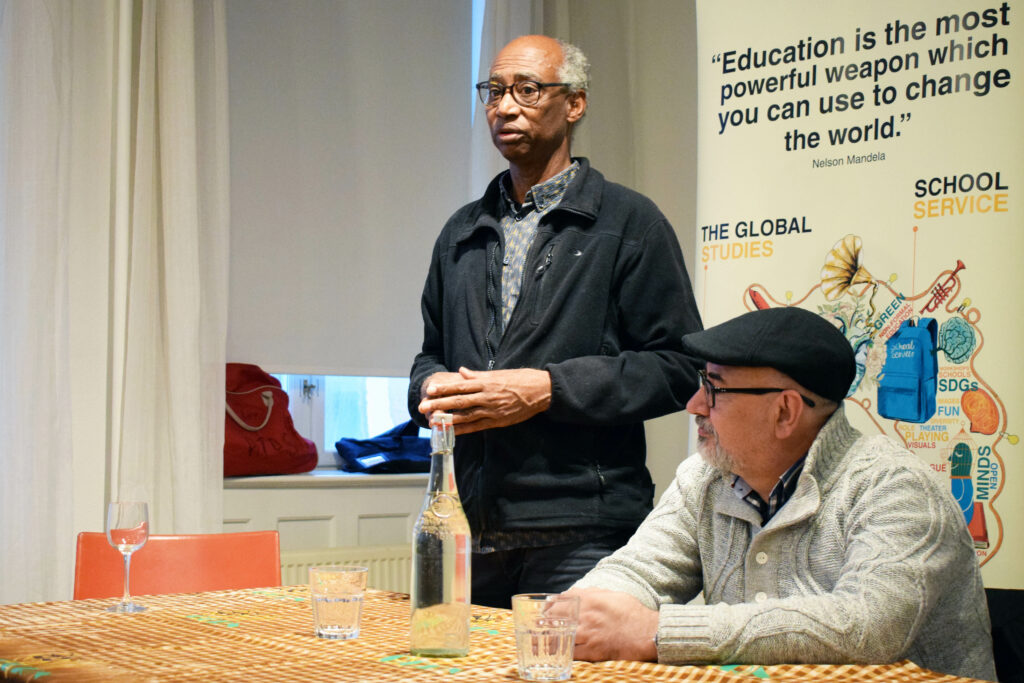 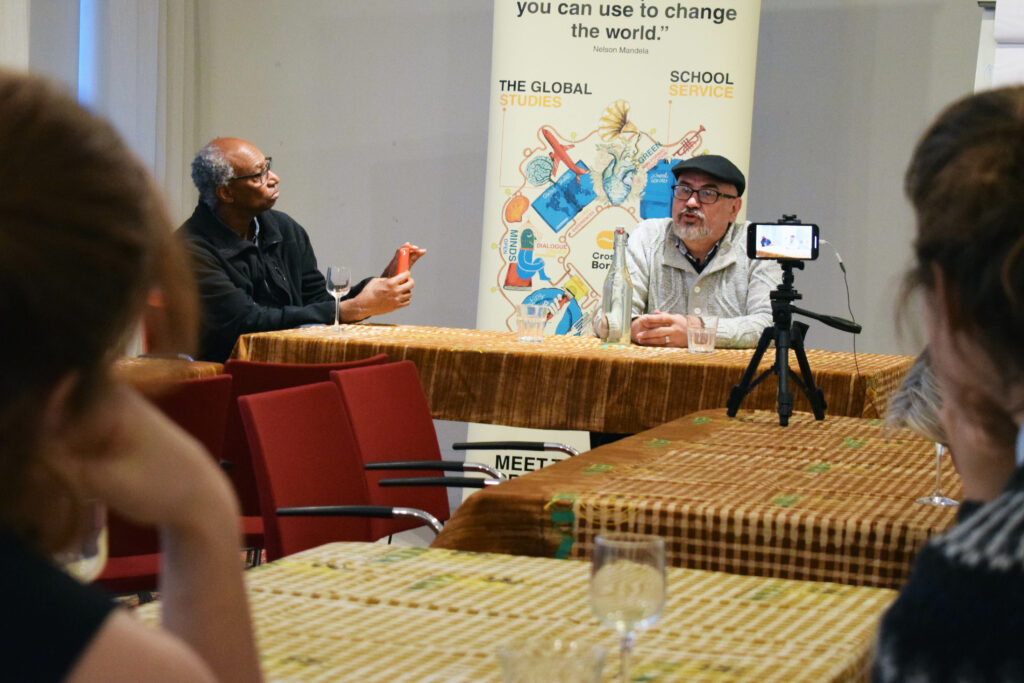 After Hamed got back to Afghanistan. Boom. Taliban got back into power. By that time, he undoubtedly knew his life was at risk due to the several ongoing projects circling between political satires and innovative development plans he had been working on in Kabul.

“One day, I get a call from the Danish culture minister, she told me that I should get out of Afghanistan as soon as possible”, said Hamed while narrating the events of his last moments in Kabul. “I did not want to leave my country in its worst situation, but an old friend, who is now a minister in Taliban said to me ‘The only service I can do for you, if you want to stay alive, is put you in jail…’”

At that point, Hamed knew deep down that he had to leave, and after passing three checkpoints, between snipers, Taliban soldiers, American soldiers with cables violently striking people, he managed to get to the airport.

Today, at Crossing Borders, Hamed narrated stories about his arrival, the situation in Kabul, and his escape. However, what was attention-grabbing was a narrative he carried about a group he called “The disappeared army”. So, the Afghan government claimed to have three hundred thousand soldiers, including police officers, which counts to three hundred thousand salaries.

“However, in reality, they owned less than one hundred thousand soldiers, but the other two remaining was only written on papers to an army that had no existence” spills Hamed. You are wondering where those salaries went instead. The money was distributed to warlords, ministers, and local commanders. Simply, another tale of corruption.

But what was interesting about the way Hamed saw change, was that it did not include guns, knives, armies, or money. He saw change in innovation, in words.

During the Q&A, the final part of Food for Thought (before the actual food), Hamed was asked what the difference was between performing change on social media and on paper. “The impact”, he said without hesitation. “People think that when they press the like button, comment, or share, that they actually did something, that they made influential action”

But what else are we supposed to do? Go to Afghanistan and fight the Taliban? No. What Hamed suggested was instead of pressing like, press your Danish neighbor’s doorbell and tell them what is going on, tell them to stop voting for the same delegates, spread awareness. Many people in Denmark are living only within the virtual borders of their own lives and do not have a clue of what happens around the world. “Knowledge first, action later” advised Hamed eloquently. 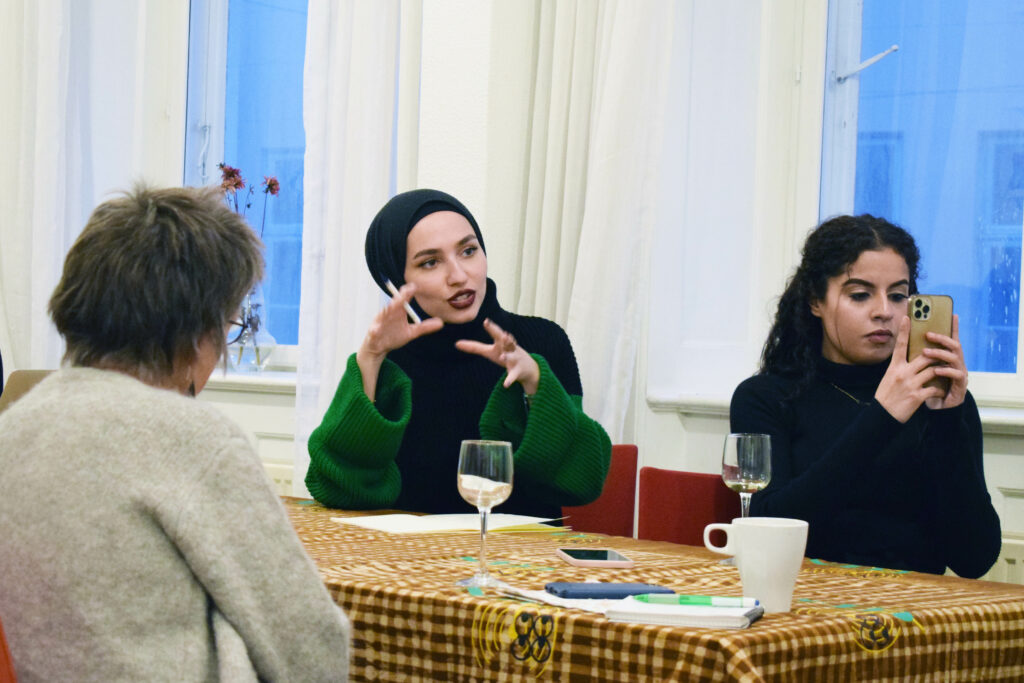 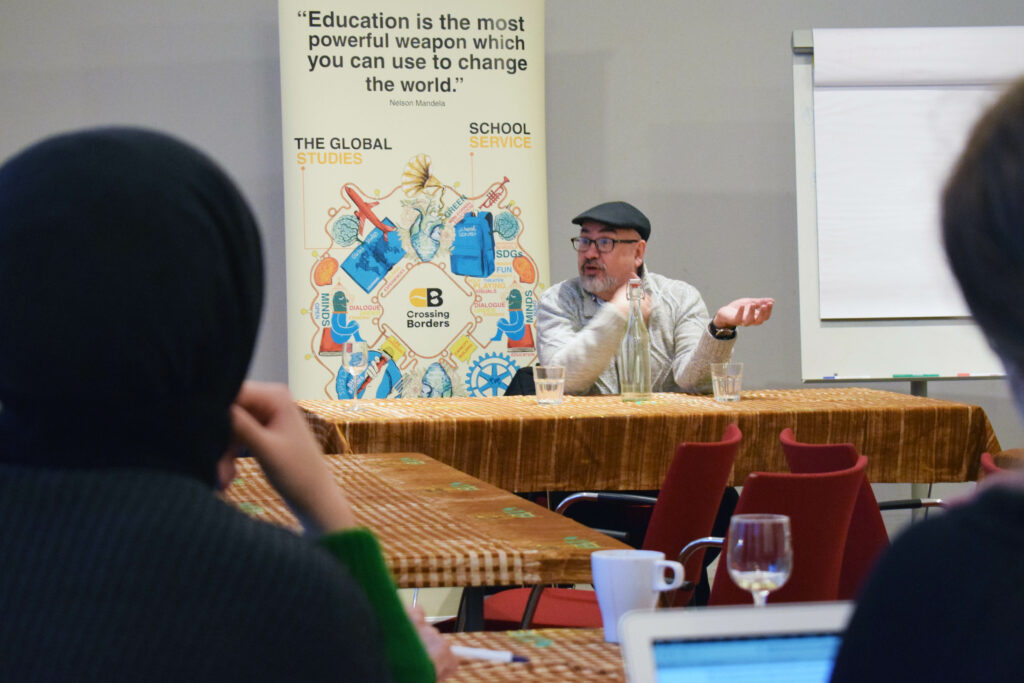