Empowered Girls Dialogue – Giving girls a voice for change through community dialogue – is one year project implemented by organization Project Soar and funded by Civil Society in Development (CISU).

Crossing Borders’ global program coordinator Tatjana Stefanovic and project coordinator Pareeksha Pandeshwar Raghavendra had chance to visit HQ of Project Soar in Douar Laadam, around 30km from Marrakesh. During their visit, Soar coordinators and facilitators presented success stories of girls and their transformation from early school dropouts to gaining confidence and knowledge on their values, rights, body, and future goals by becoming Project Soar girls. Even more, they encourage their friends and neighbours to join the program.

The few icebreaking games session by Tatjana to Project Soar girls were followed by an activity where they presented their learning from the training. It is indeed a community empowering! The session was ended with the Project Soar girls affirmation which is the best part of the day.

The following day Tatjana and Pareeksha visited nearby village, Douar Igoudar, and attended Community Dialogue where the Project Soar girls first performed a beautiful skit on ‘Girl’s wish’. They have performed the same skit in front of communities which highlighted what a girl in Morocco goes through just because she is a ‘girl’. The story also depicts what girls wishes to be in her life and how it is suppressed by her own family because of her gender. Post the performance, there were debate and discussions between Soar girls and other stakeholders regarding gender bias.

The whole session showcased girls’ challenges and perspective in the men dominant society in Morocco. It was empowering to see the orthodox girls who has managed to convince her parents to take part in Soar program. They were also advised to showcase the performance in front of their own parents to create more awareness. 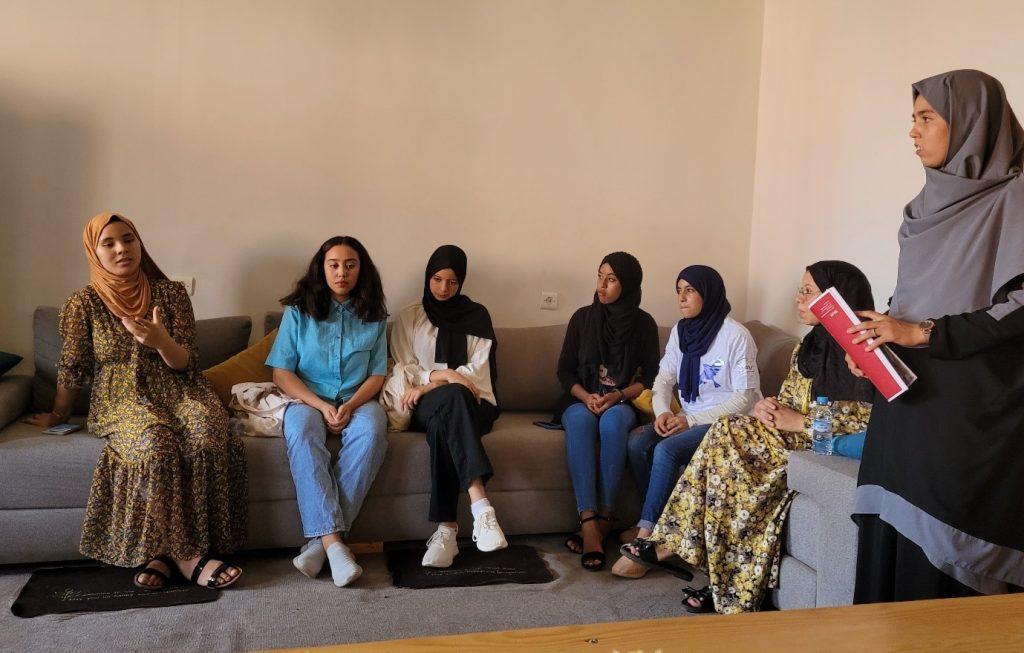 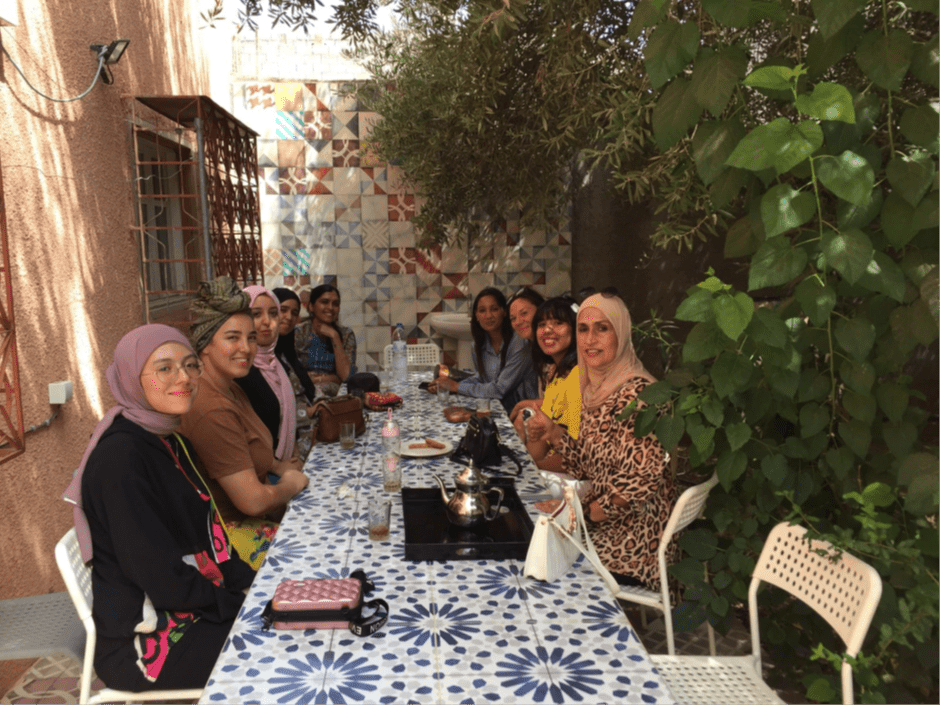 A big graduation party for Project Soar girls followed, where the parents (especially mothers) joined the celebration in Douar Laadam. All the Project Soar girls chanted affirmations right in front of their mothers and could sense their proud feeling by seeing their daughter on stage. There were some intense discussions between the mothers and daughters on girls being treated differently than boys.  In between all these discussions and debates, there were some lighter moments like singing Arabic songs, dancing to Bollywood songs, and playing fun games. It all ended with the graduation ceremony where the proud mothers presented certificate to their daughters who are ready to take the world! 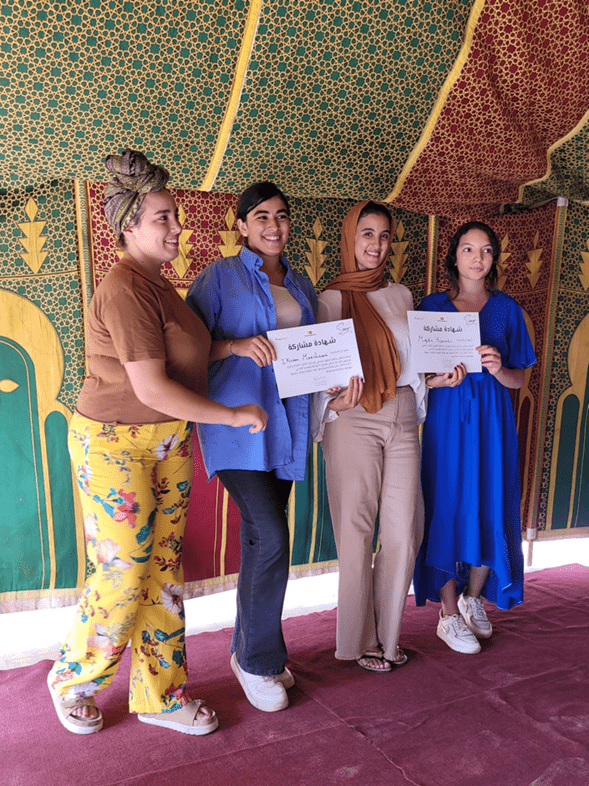 “I really enjoyed the Crossing Borders visit to project Soar HQ. Pareeksha and Tatjana were lovely. I had fruitful discussions with them and the Soar girls. It was a pleasure to have them with us for the Soar Community Dialogue on gender equality in Douar Igoudar. They had excellent conversations with the youth attendees, and they shared positive feedback regarding the community dialogues. They interacted with the play that was performed by Soar grads and Soar Club officers in an effective way. They attended another fruitful conversation with our facilitators and Soar girls who came to visit from Bouygra and Azrou Atlas. We really enjoyed that discussion and we came up with new ideas regarding what Soar girls need for next year, for example, a well-planned Soar Club schedule with specific dates and deadlines for various activities that the Soar girls will be choosing themselves, an art program where girls and boys will be holding acting, singing and drawing activities, IT training for boys and girls to learn about computer science, and training on how to prepare the Soar girls professionally for the labor market. We ended the visit with a very successful community meeting at HQ and a graduation ceremony where the Soar girls opened up about their experiences and personality changes that Soar in a Box helped with, with the Crossing Borders visitors, and where the visitors shared with us the joy of celebrating these success stories.” Warda Bouye, Soar program coordinator.

“It is a pleasure and an honor to be here, especially to attend the Project Soar girls’ graduation. We experienced the Soar community dialogue, and that was amazing, the way how they managed to involve the other members of the community and rise this important topic of gender bias. We are bringing a lot of amazing stories with us, especially because we can see the change in the Soar girls after attending the Soar training and the curriculum of five modules in which they learn about their value, voice, body, right, and how they can put that into action.The graduation was so emotional and exciting, and it was great to see girls there with their mothers. It is amazing to see how they are proud of their daughters coming here to attend Soar training. I saw how it is important to include mothers in the dialogue. Project Soar is so empowering.” Tatjana, CB’s Global program coordinator.